We're delighted to work with the following partners who provide tremendous help in order to bring the Run to life!

RM Sotheby’s is delighted to partner with the Royal Automobile Club as the title sponsor of the London-to-Brighton Veteran Car Run. The Run has always been an event run by enthusiasts for enthusiasts, and that is the absolute bedrock of RM Sotheby’s business. RM Sotheby’s is a business that has been at the top of its game for over 40 years, founded by Rob Myers in Canada, but which now has a truly global footprint, benefitting enormously from the company’s close association with Sotheby’s, one of the most renowned auction houses in the world.

RM Sotheby’s is the world’s largest collector car auction house by total sales, with a history of incredible results that spans decades and continues today. Aside from the passion and enthusiasm for cars which is at the core of the company’s culture, the business is largely responsible for transforming the global automotive auction scene, helping elevate the perception of collector car auctions to premium events executed at the same level as high-end art auctions. The company’s range of services, from live auctions, online only auctions and private sales to estate planning and financial services, coupled with an expert team of car specialists and an international footprint, provide an unsurpassed level of service to the global collector car market.

In 2007, RM expanded into Europe, hosting record-breaking auctions in Maranello, Italy, and London. As part of the company’s continued European expansion, RM introduced a new sale in Monaco in May 2010, held during the same weekend as the Historic Grand Prix of Monaco, and in 2011, the company hosted its debut sale at the Concorso d’Eleganza Villa d’Este on the shores of Lake Como, Italy. In 2014, RM Sotheby’s further expanded its European arm with the establishment of a new sale in Paris, France, held during the world-famous Rétromobile week. More recently, the company hosted its first ever boutique sale in Milan, and it continues to be the market leader in bringing the world’s single-owner collections to market. Also worthy of note is RM Sotheby’s partnership with Formula 1, which saw it conduct a ground-breaking auction at the Formula 1® Etihad Airways Abu Dhabi Grand Prix—the Middle East’s first-ever major international collector car auction.

RM Sotheby’s London sale is an established highlight on the European car collector calendar, and it returns to London for its 15th annual auction on 5 November. Known for both the quality of the offering as well as the diverse nature of the cars on offer, the sale aims to offer a wide selection of cars from across the eras and across a wide band of values. For 2021, the sale will be the first opportunity to conduct the sale fully in partnership with The Royal Automobile Club and as sponsor of the London to Brighton Veteran Car Run. The sale will take place close to the Club in the heart of St James’s, bringing a fresh new dimension to the sale and which will allow RM Sotheby’s to participate in, and support, a range of activities during the Club’s London Motor Week.

For further information including details on how to consign your car to RM Sotheby’s London sale, or to register to bid, visit rmsothebys.com.

Our timepieces are the embodiment of everything that A. Lange & Söhne stands for. We feel a deep sense of pride when we hold them in our hands. And yet it is not only the results of our work that make us who we are.

It is a sincere dedication that shapes us – a passion that makes us strive for perfection day after day. Our unending diligence and patience, our artistic determination, our striving for innovation, our imagination and our persistent belief that everything is possible – followed by our ambition to make it possible. And even if we have already found a compelling solution, we never stop looking for an even better one. This is what unites us among ourselves, and with all the many people who are enthusiastic about our watches.

The history of A. Lange & Söhne is marked by highs and lows, success and hard times, and, most of all, by unique personalities with big dreams and determination – they made A. Lange & Söhne what it is today.

The main production building of A. Lange & Söhne was destroyed in a bombing on the last night of the war in 1945. The company is expropriated in the Soviet-occupied zone and the A. Lange & Söhne brand disappears. Only when the Berlin Wall falls in November 1989 can Walter Lange and the successful watch manager Günter Blümlein turn their dream into reality.

The name A. Lange & Söhne refers to the watchmaker Ferdinand Adolph Lange. He founded a workshop in Glashütte nearby Dresden in 1845, where he and later his sons and grandsons produced some of the world’s most complex and beautiful pocket watches. In 1990, the brand was re-established by Ferdinand’s great-grandson, Walter Lange, to produce fine gold and platinum wristwatches inspired by the timepieces of his ancestors.

Just as many cars in the London to Brighton run are built and shaped by hand, A. Lange & Söhne’s timepieces are assembled by hand. The making of one single watch takes between six and 18 months, from the production of all the tiny movement components to their surface decorations with polishings, engravings and stripings to the hand assembly in the watchmaking ateliers. Each watch is equipped with a hand-engraved balance bridge, featuring the individual style of the engraver. So just as with hand-beaten body panels on a rare car, each watch will have its own unique features.

Abels Moving Services enjoy a rich moving heritage and is a perfect fit for the role of RM Sotheby's London to Brighton Veteran Car Run Official Supplier for the luggage transfer service from London to Brighton. Testament to this is the Royal Warrant they were awarded in 1989 - a proud honour which they have held to this day.

Philip Pertoldi, Abels Chairman is delighted to be part of such a famous and historic event. "It is a prestigious occasion and is a perfect fit with Abels own traditional and cultural values."

The removal company proudly owns an 1896 horse-drawn removal pantechnicon (as used in days gone by for the movement of personal possessions), which they are honoured to showcase at the Illinois Route 66 Regent Street Motor Show the day prior to the Run. The removal trucks used to transport the luggage from London to Brighton are thankfully more modern and come equipped with state-of-the-art technology. They are operated by highly trained and skilled teams who carefully handle cherished belongings and deliver them safely anywhere around the world.

Participants in the Veteran Car Run can have the utmost confidence in the cosseted care that their belongings will receive once they have handed them to the Abels team. 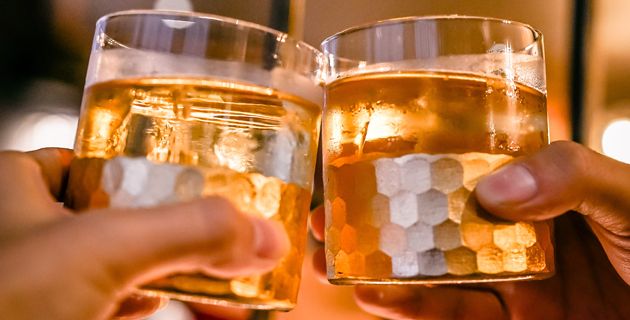 John Dewar and Sons – one of the most famous names in Scotch whisky – is delighted to be toasting a new partnership with the Run with a delicious Golden Dram cocktail from its renowned single malt ABERFELDY.

ABERFELDY distillery was founded in 1898 by the dynamic Dewar brothers, John Alexander and Tommy. They built on a site just a stone’s throw from the birthplace of their father, the pioneering blender John Dewar.

Alongside the distillery, and known to contain deposits of alluvial gold, flows the Pitilie Burn; the perfect water source for the Golden Dram. While inside, time-honoured techniques like long fermentation, which conjures rare honeyed notes, safeguard the whisky’s flavour profile, renowned for its rich, sweet, smooth taste.

The single malt brand of ABERFELDY is part of the portfolio of Bacardi Limited, headquartered in Hamilton, Bermuda. Bacardi Limited refers to the Bacardi group of companies, including Bacardi International Limited.

Brighton and Hove City Council are delighted to be an Official Supplier of the Veteran Car Run.

The Council has a long established history with the Run and supports it by providing infrastructure and logistical support. For more information about Brighton, please visit www.visitbrighton.com. 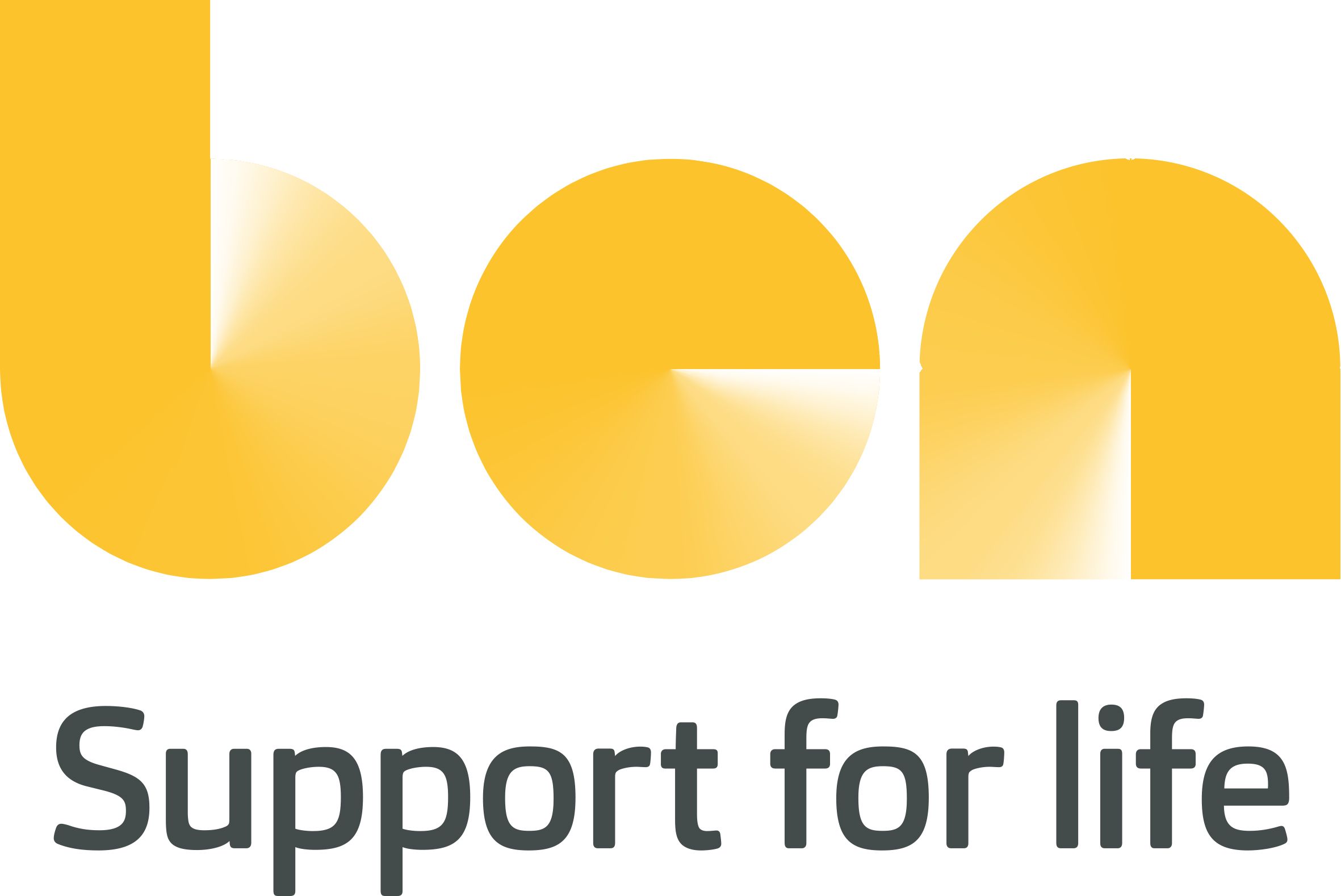 Ben is the charity dedicated to supporting the people of the automotive industry, providing support for life for them and their family dependents and we are delighted to be appointed charity partner by the Royal Automobile Club for the 125th RM Sotheby’s London to Brighton Veteran Car Run in 2021.

Our organisations have shared a passion for all things automotive for well over a century, and this event will help us raise awareness and vital funds to ensure no-one in automotive faces life’s toughest challenges alone. When any member of our automotive family is struggling, we all rally to support them and that is something we can all be proud of.

Ben supports individuals to navigate through life’s challenges, empowering them to make positive, lasting change. Ben works with people to improve their lives by enhancing their health and wellbeing through its free and confidential online self-help, helpline and support services.

Ben also operates continuing care and support for those in later life, which isn’t dependent on an automotive industry connection, via its residential care centres, day centre and retirement village in Ascot.

For more than three decades, CARS (Classic Automotive Relocation Services) has looked after some of the most irreplaceable motorcars in the world. If you need your vehicle transported – CARS have the expertise and experience to ensure it arrives in perfect condition, on time, and with no unexpected costs.

Formed in 1989 as a specialist vehicle Air and Sea freight shipment company and customs broker, CARS has now firmly established itself as one of the leading transporters of historic, rare and prestigious motorcars in the world.

CARS is a premium comprehensive provider of the following services;

CARS are able to action any shipping request through its own offices in the UK, New York, Los Angeles, Dubai, Japan and The Netherlands, and via its network of global agents. Whether your vehicle needs to be transported by road, sea or air freight, please get in touch and allow CARS to take the worry and stress out of your shipment needs.

History has proven that CARS are the team to trust. Do not take any chances with your pride-and-joy – hand it to the people that will care for it as their own.

RAC Motoring Services are delighted to be the breakdown supplier to the Veteran Car Run. Our longstanding partnership dates back many years. The event is the world’s oldest motoring events, first run in November 1896 the year before The Royal Automobile Club was formed, and is hugely popular with car enthusiasts the world over with a reputation for celebrating our motoring history and bringing together some of the UK’s top classic vehicles and their owners.

The RAC offers technical support for the 60 mile run from Hyde Park, London to the seafront in Brighton providing breakdown assistance and recovery with the committed support of around 30 dedicated patrols who come from across the UK to lend their support. Our support provides participants with complete peace of mind that no matter what happens, they are in safe and trusted hands. With over 120 years’ experience supporting motorists, there is no better organisation than RAC Motoring Services to support and assist the participants and their veteran cars.