Napiers reunite on the Run to honour milestone in British motorsport

The 120th anniversary of the first British victory in international motor sport will be celebrated on this year’s RM Sotheby’s London to Brighton Veteran Car Run (Sunday 6 November).

It was in 1902 that Selwyn Francis Edge won the illustrious Gordon Bennett Cup racing a 6.5 litre, 40bhp Napier from Paris to Innsbruck in Austria – the landmark victory over the then dominant French automobiles not only established Britain as a major force in the sport but also heralded the birth of British Racing Green.

Saluting this hugely significant milestone in British motor racing history, Edge’s victorious Napier will be accompanied by its remaining sister cars: Both date back to 1903 – the former is 7.7-litre, 50bhp car from the 1903 Gordon Bennett Cup race staged in Ireland, the latter an even more powerful 11.1-litre 110 bhp beast from the following year’s race held in Germany. The trio will lead hundreds of other pioneering pre-1905 veteran cars on the revered route to Brighton in November. 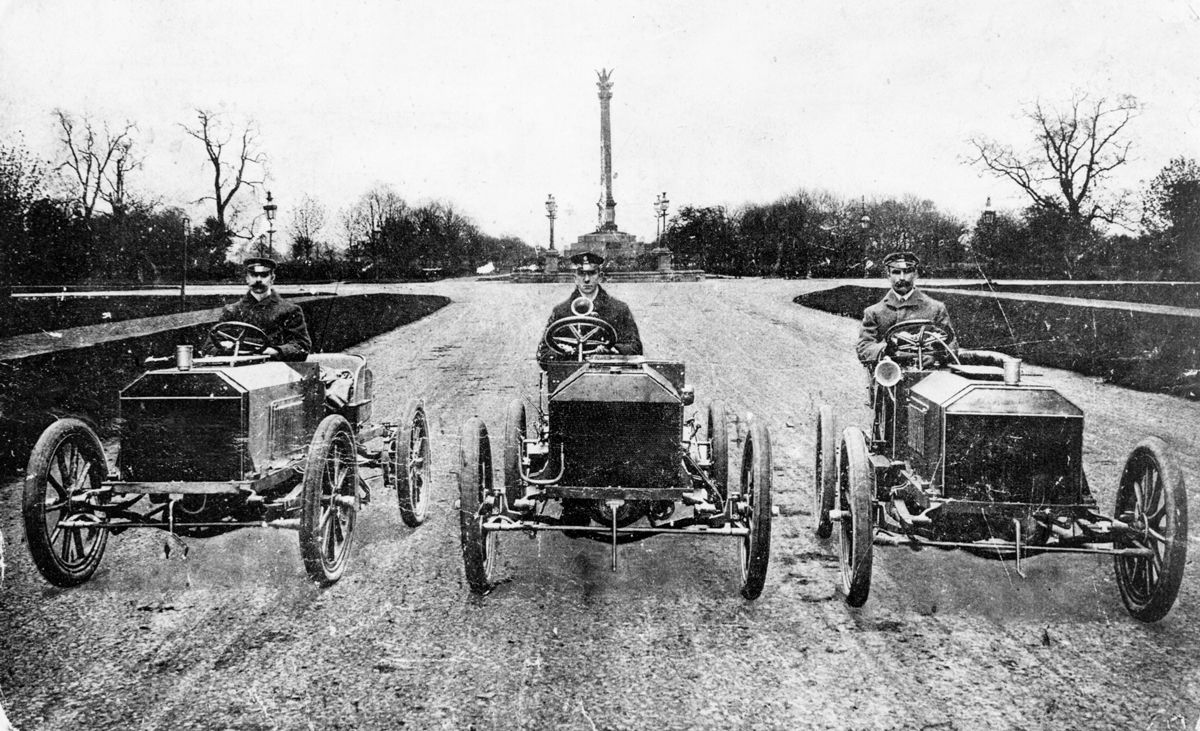 The three iconic cars have only appeared together on the Veteran Car Run once before in 2013 and thanks to the support of their owners, the start in Hyde Park will be unmissable celebrating both the birth of motoring and only a few years later, the birth of the UK as a motorsport nation. 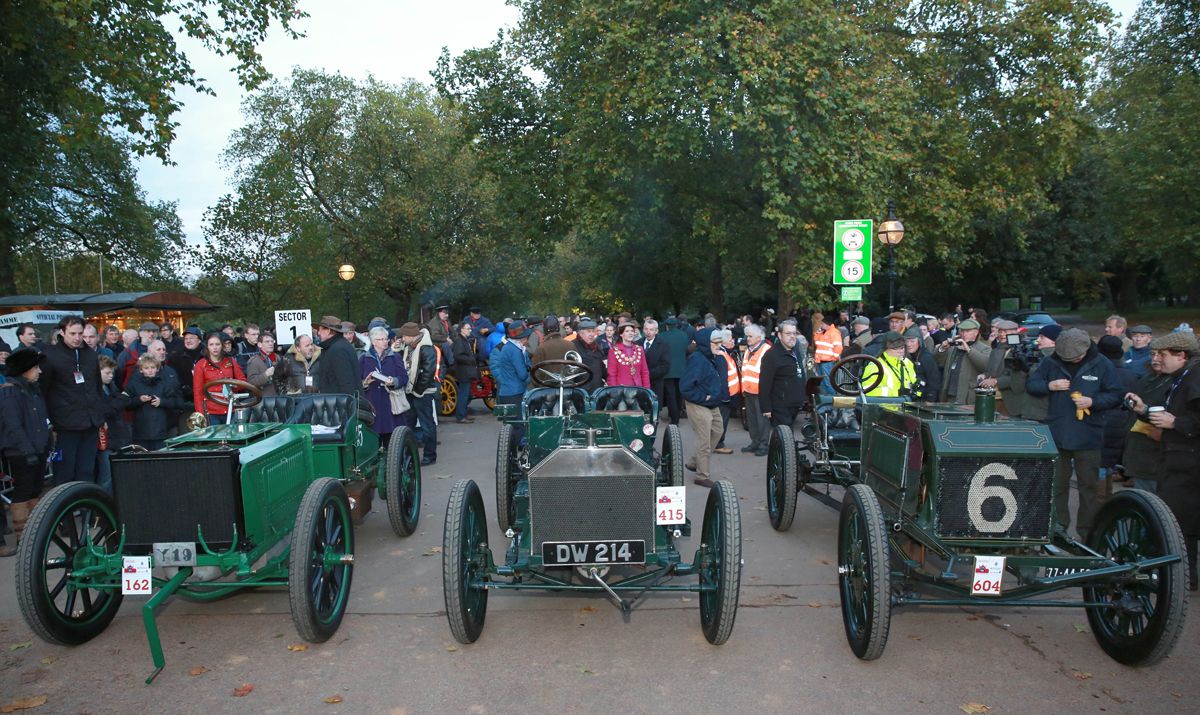 The 6.5-litre, 40bhp race winner from 1902 is today owned by Argentine businessman and collector Daniel Sielecki. The 1903 7.7-litre, 50bhp car from the 1903 Gordon Bennett Cup race is the property of the National Motor Museum in Beaulieu and the 11.1-litre 110bhp car from the following year’s races is normally displayed in the Louwman Museum in The Hague, Netherlands. 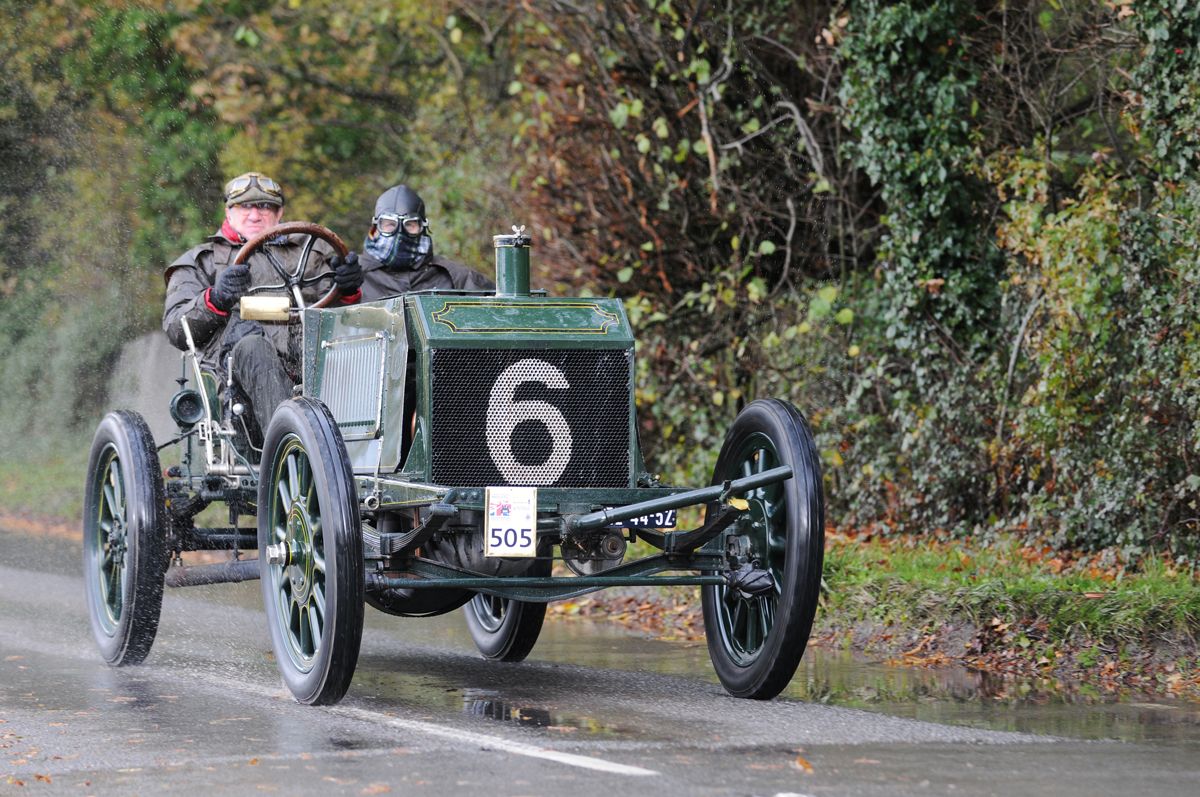 The presence of a trio of Napiers is all the more evocative as the regulations for the Gordon Bennett Cup required individual countries to enter a three car team with the winning nation hosting the following year’s race. Moreover, the British entry was organised by the Automobile Club of Britain and Ireland which became the Royal Automobile Club in 1907 and has curated the annual London to Brighton Veteran Car Run since 1930.

“The Club is absolutely delighted to be celebrating such a significant milestone in both its own and British motor sport history with three of these magnificent racing Napiers entering this year’s RM Sotheby’s London to Brighton Veteran Car Run,” enthused Ben Cussons, Chairman of the Royal Automobile Club. “It's going to be an incredible spectacle that no one will to want to miss and I really must thank all three owners for helping us to mark what was a truly momentous moment in British motor sport history in such marvellous style.

“It was that famous Gordon Bennett Cup victory in 1902 which put British automotive engineering on the global motor sport map and became the defining inspiration of a pace-setting international industry which, in more modern times, has spawned multiple world championship winning Formula One teams such as Brabham, Lotus, McLaren, Mercedes, Red Bull, Tyrrell and Williams.”

Napier’s breakthrough success also heralded the birth of legendary British Racing Green. Strict regulations for the Gordon Bennett Cup – established by James Gordon Bennett Jr., the millionaire owner of the New York Herald – insisted that all components of a competing car had to be produced in the competing country, as well as the driver being of that nationality.

It was then suggested that each national entrant be allocated a different racing colour and Edge’s win left the Automobile Club of Britain and Ireland with a few headaches. Motor racing at the time was illegal on public roads in Great Britain and the red, white and blue colours from the Union Jack flag had already been taken by America, Germany and France respectively.

Ireland, however, at that time was part of the United Kingdom and had no laws preventing road racing. So the decision was taken to stage the 1903 Gordon Bennett Cup on the Emerald Isle and, in respect of their Irish hosts, all three Napiers were painted shamrock green. Although the actual hue for British Racing Green was never defined, its origins can be traced back 120 years to Napier’s game-changing victory. 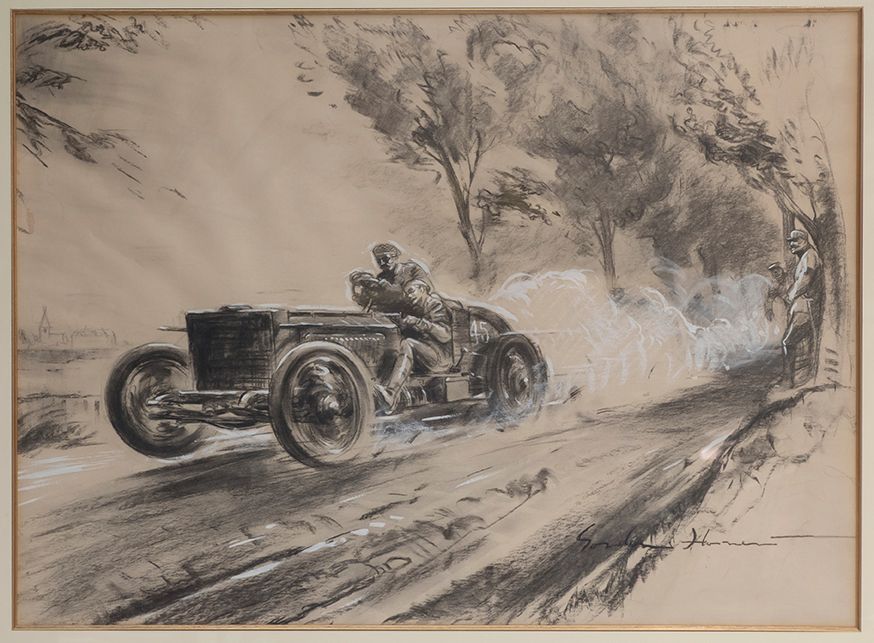