Entries revving up for 125th Anniversary London to Brighton

The historic pilgrimage from capital to coast commemorates the famous Emancipation Run of 1896 which celebrated the passing into law of the Locomotive on the Highway Act, raising the speed limit for self-propelled  locomotives from 4mph to 14mph and thus heralding the advent of the motor car.

Now, exactly 125 years on, what is the world’s oldest motoring event will be honouring the milestone 125th  anniversary of that first epoch-making ‘Motor Car Tour to Brighton’ as the original event was billed. 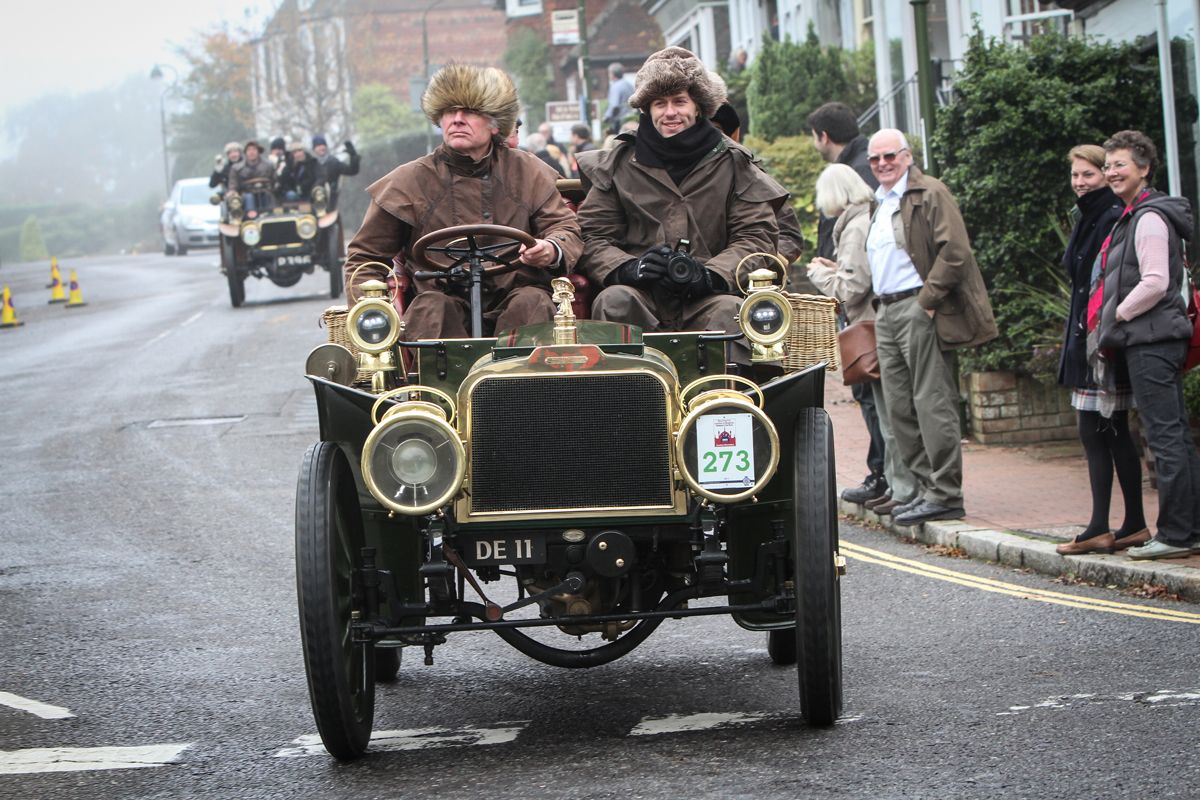 Despite its significance, records of that very first Run are somewhat sketchy. It is believed that 33 of the 54 entries published in the programme actually set out (after a breakfast including wine) in atrocious weather from London’s Hôtel Métropole, and around 16 of those starters are said to have taken part in the finishers’ parade in Brighton.

One of these, though, an electric car with limited range, is known to have travelled by rail and subsequently been splashed with mud to complete the deception! Thankfully, today’s records are rather better documented and a roster of early entries already confirmed for 2021 can be found on the official www.veterancarrun.com website.

The Run is open to four-wheeled cars, tri-cars and motor tricycles built before 1 January 1905 and in possession of a valid Dating Certificate issued by the Veteran Car Club of Great Britain (VCC) or a valid VCC Veteran Passport.

More than speeding up the introduction of motorised vehicles, the momentous Emancipation Run symbolised the freedom of the open road and dawn of the global automobile industry.

Within a few years, a huge number of embryonic motor manufacturers had been established on both sides of the Atlantic and many of those different marques are represented among the early registrations for this year’s anniversary Run.

Some such as Mercedes, Cadillac, Ford, Renault and Peugeot are still familiar on our roads today while others such as Century, Crestmobile, Elmore, Gladiator, Napoleon, Rexette and Minerva have fallen by the wayside.

“It’s this extraordinary mix of all these pioneering brands that makes the London to Brighton Run such an incredible and unique event,” enthused Ben Cussons, Chairman of the Royal Automobile Club.

“Technology was advancing in leaps and bounds as ambitious engineers found exciting new solutions to all aspects of the automobile: engines, transmissions, chassis, steering… By the end of 1904, some of these cars were incredibly advanced.”

Models representing more than 50 of those early automotive innovators are already confirmed for November’s exceptional celebration and many more are certain to be added as the days count down to this year’s event which is even more eagerly anticipated by regular participants and followers after last November’s enforced cancelation.

Moreover, more than 100 have also registered for the previous day’s Veteran Car Concours, a highlight of The Regent Street Motor Show set on the capital’s famous shopping destination.

More information on the RM Sotheby’s London to Brighton Veteran Car Run – including full details of how to enter – can be found on the official website: www.veterancarrun.com.