The annual RM Sotheby’s London to Brighton Veteran Car Run is no stranger to stars from the Formula One grid. Over the years many top Grand Prix drivers have sought life in the slow lane by spending the first Sunday in November driving a pre-1905 horseless carriage from the capital city’s Hyde Park to the Sussex coastal resort.

Back in the sixties World Champions including Phil Hill, Sir Jack Brabham, Jim Clark, Graham Hill and Jackie Stewart were keen participants, broadening their automotive horizons by experiencing the wonders of the world’s longest running motoring event. In more recent years both Nigel Mansell and Damon Hill have relished the opportunity to travel back in time.

In just a few days' time another familiar face from recent F1 history – Max Chilton – will be adding his name to the roll of honour.

Fresh from setting a new hillclimb record at the Goodwood Festival of Speed, the 31-year-old Englishman, who contested 35 Grands Prix between 2013 and 2014, will be at the tiller of the Harrods-entered 1901 Pope Waverley.

It’s a highly appropriate coming together, too, as like the spectacular McMurtry Spéirling which Chilton blasted up the Goodwood Hill at hitherto of unheard speeds, the Waverley is battery powered. Moreover, it hails from Indianapolis in the United States home of the world famous Indy 500, an epic race in which Chilton finished fourth in 2017.

Although the two-seater Waverley boasts just 3bhp of electric propulsion – rather less than the whooping 1000bhp produced by the record-breaking McMurtry Spéirling – Chilton has good reason to be relishing the step down in performance.

“I’m really looking forward to it and, while I’m now used to around 997 more horsepower, I’m sure I’ll rise to the challenge!” he enthused. “I’ve lived my whole life in Reigate and so, ever since I was a child, I’ve seen the veteran cars passing through every November.

“Last year I happened to be out for a run when the cars were passing and I just sat on a wall and marvelled as they drove by. That’s why 12 months later I’m so excited to be actually driving one of those amazing vehicles and I really must thank those at Harrods for this wonderful opportunity to be taking part in an event I’ve loved for so long.”

Intriguingly Harrods has notable associations with both the Veteran Car Run and electric vehicles. One of the world famous Knightsbridge store’s vans was among the 33 intrepid ‘horseless carriages’ which set off from central London towards Brighton on the original Emancipation Run on 14 November 1896.

Moreover, Harrods has been at the forefront of battery power for nearly a century, running electric delivery vans in London since the 1930s. Today, its entire small van delivery fleet is electric, while its larger vehicles run on biofuel.

James Healy, Director of Store Operations at Harrods said: ”We are extremely excited to once again be involved in this year’s London to Brighton Veteran Car Run. Our vintage vehicles and in particular the Pope Waverly are a piece of living history here at Harrods – and we are honoured to have Max Chilton driving the Waverley this year from London to Brighton, continuing our long-standing annual partnership with the Veteran Car Run.”

With Max Chilton at the helm – the Waverley has a tiller rather than steering wheel – the bright green Harrods machine will be leaving Hyde Park shortly after dawn on the traditional first Sunday in November, joining more than 360 pioneering vehicles all on the historic 60-mile journey from London to Brighton. 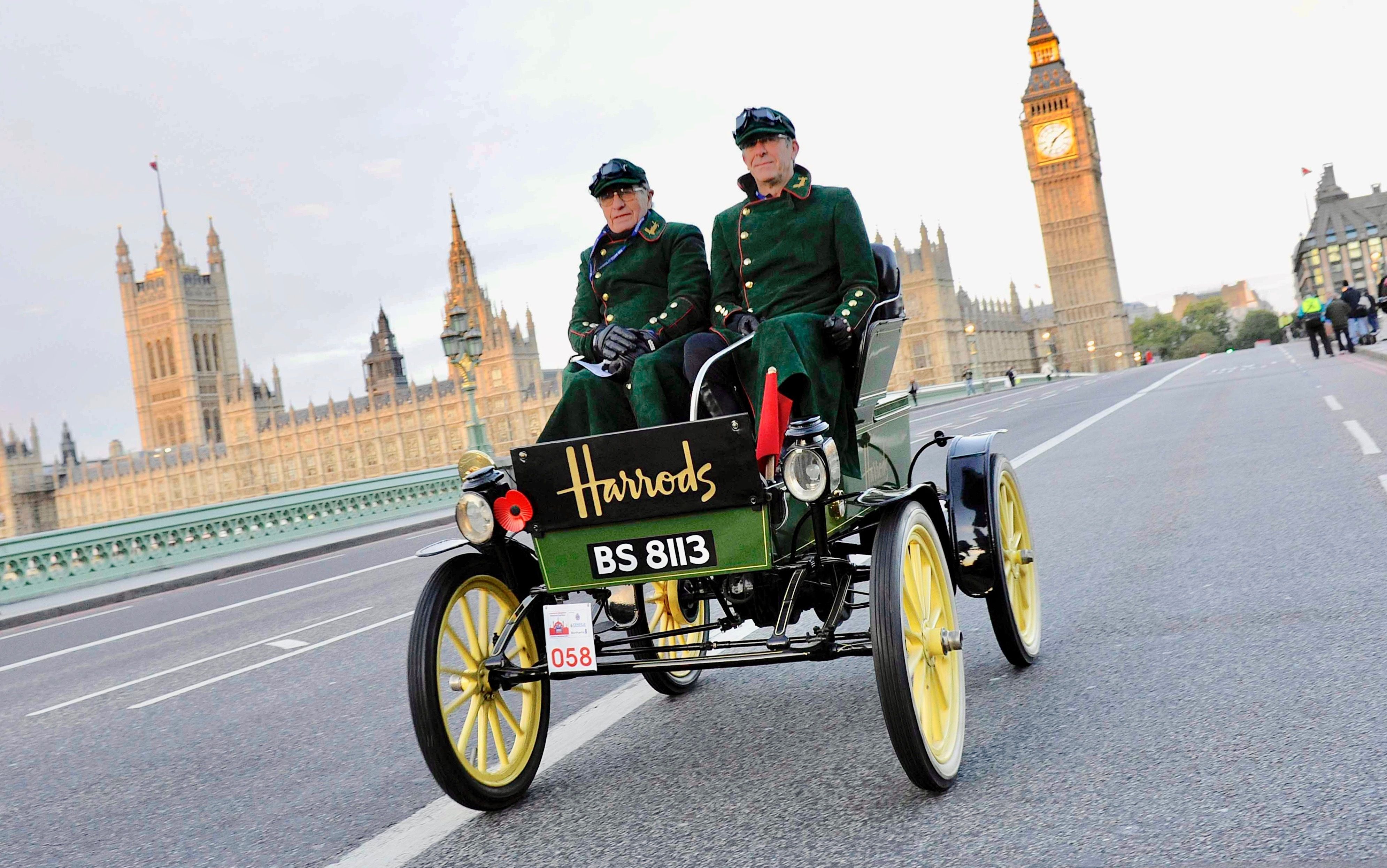 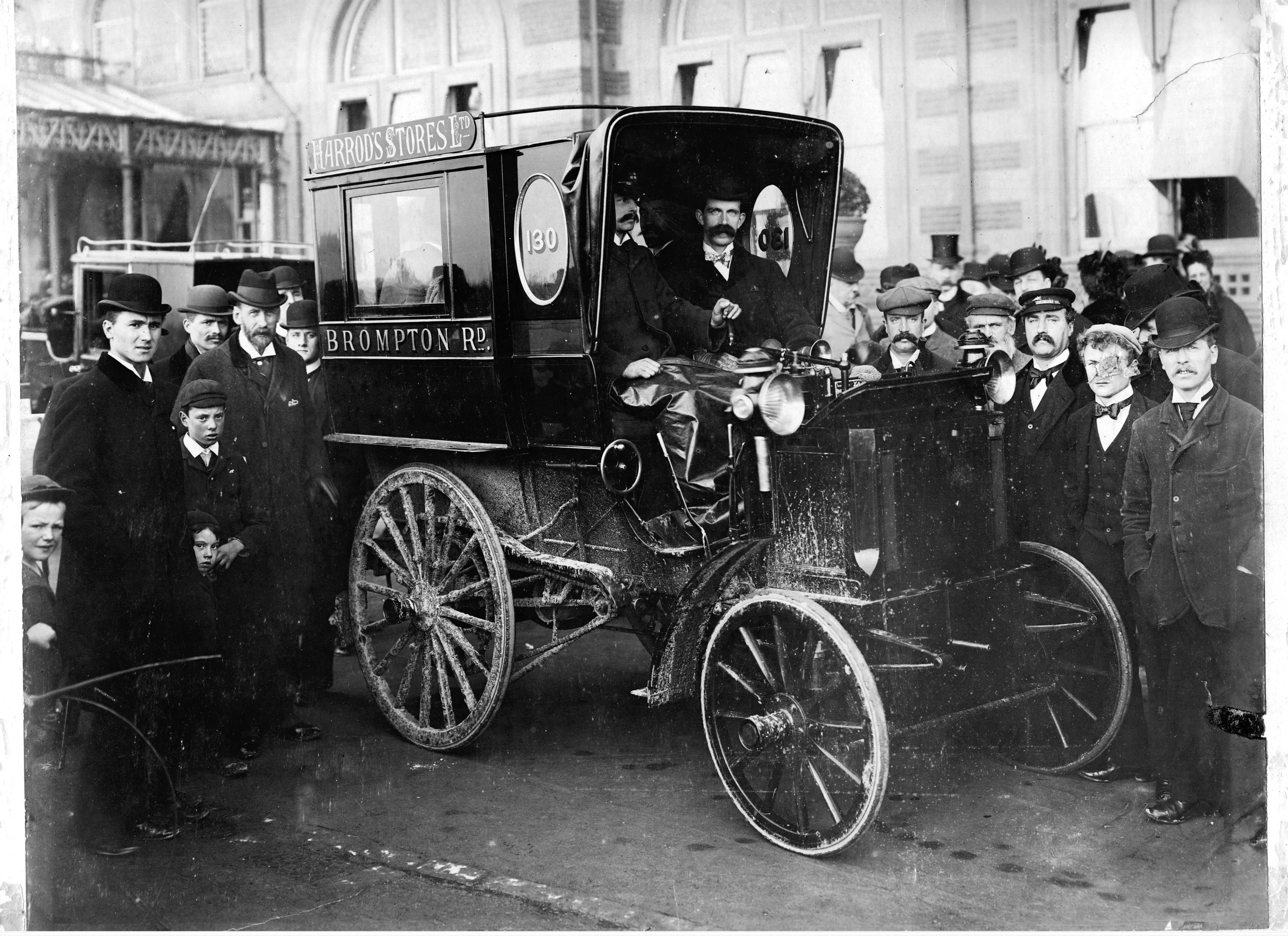